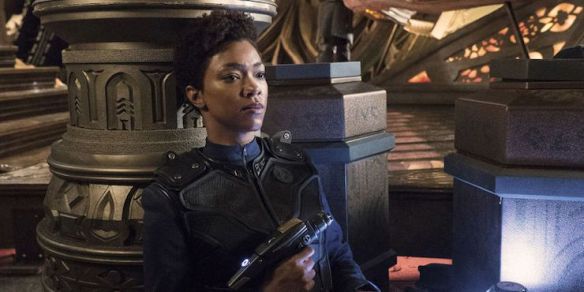 Star Trek Discovery‘s ninth episode is also its “mid-season finale,” bringing several plot threads to a close, but leaving a whole mess of others open! My take on “Into the Forest I Go” as we face a two months of no new episodes…..

What I liked best about this episode, though, is that our heroes were clever, and they triumphed for that reason, not because their enemy was stupid. Kol’s actions in the episode were completely in character, but they weren’t idiotic. His tactical decisions all made perfect sense in context, he just didn’t do as good a job of predicting what Lorca would do as Lorca did predicting what Kol would do.