Paramount+ (formerly CBS All Access) has been airing lots of new Star Trek shows since 2017: Discovery, Short Treks, Picard, and Lower Decks, with more to come (like Prodigy and Strange New Worlds). Upon the release of each new episode, my reviews of same have been appearing on Tor.com. Unlike my rewatches of TV shows and movies for the site, these aren’t archived on a single index page, so herewith, a guide to the reviews I’ve done to date (regularly updated). 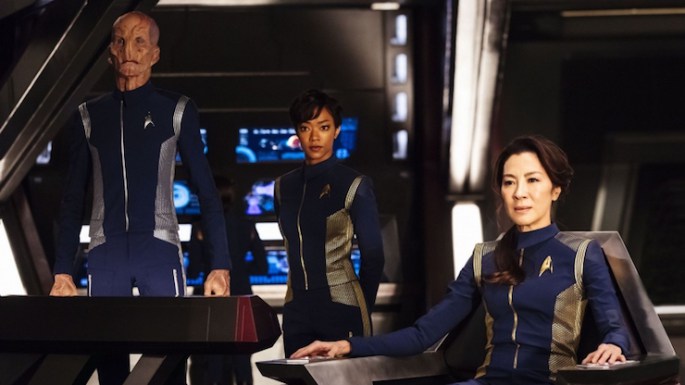 “You helped start a war, don’t you want to help me end it?” — “Context is for Kings”

“This is so fucking cool!” — “Choose Your Pain”

“Everybody comes home” — “Into the Forest I Go”

The Mirror Crack’d from Side to Side — “Despite Yourself”

“We are still Starfleet” — “The Wolf Inside”

Moving Forward — “The War Without, the War Within”

A Waterskiing Dog — “Will You Take My Hand?”

Hooray for Licensed Fiction! — More Star Trek Discovery Stories in Prose & Comics Form to Tide You Over until 2019 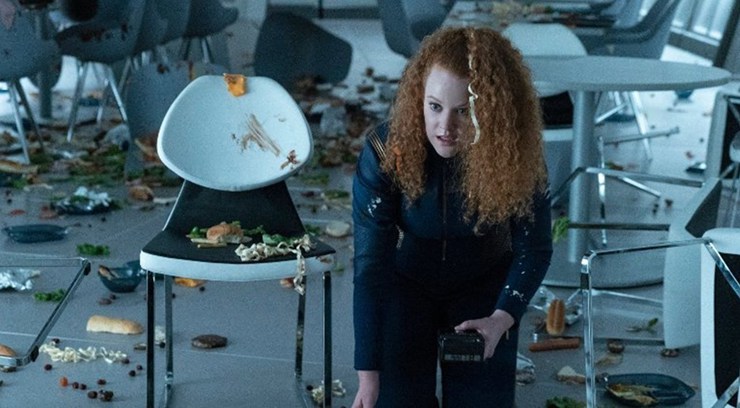 Looking Up, Looking Down — “The Brightest Star”

Here’s Mudd in Your Eye — “The Escape Artist”

Meanwhile, Back in the Klingon Empire… — “Point of Light”

Space Oddity — “An Obol for Charon”

The Monster at the End of This Episode — “Saints of Imperfection”

“You brought that hope back with you” — “The Sound of Thunder”

Lost and Found — “Light and Shadows”

Death, Here is Thy Sting — “The Red Angel”

“How long until the universe wins?” — “Perpetual Infinity”

The Director of Your Opponent’s Fate — “Such Sweet Sorrow, Part 2”

Hooray for Licensed Fiction! Part Deux — Yet Still More Star Trek Discovery Stories To Tide You Over until Season 3

Back to the Future — “Remembrance”

“For a relic, you’re in excellent shape!” — “Maps and Legends”

“Please, my friends, choose to live” — “The Impossible Box”

“I noticed a little turbulence” — “Et in Arcadia Ego, Part 1”

What Do You Do with a Drunken Klingon? — “Envoys”

“Nobody can stop you from speaking freely!” — “Temporal Edict”

A Substitute Captain, a Dog, and a Transporter Accident Walk Into an Episode — “Much Ado About Boimler”

“Can someone give us some context in here please?” — “Veritas”

The Good, the Bad, and the Ugly — First Season Overview

“I am done being reflexively supportive” — “That Hope is You”

“I will trust you to grow through change” — “People of Earth”

“You’re a responsibility hoarder” — “Forget Me Not”

“You had me at ‘unsanctioned mission'” — “Scavengers”

Moving the Pieces Forward — “The Sanctuary”

To Be Free, Face Your Deepest Fear — “Su’Kal”

Yipee-Ki-Yay, Michael Burnham! — “There is a Tide…”

Behold the Mistress of the Winter Constellations! — “We’ll Always Have Tom Paris”

“Was I too much trouble?” — “An Embarrassment of Dooplers”

12 thoughts on “guide to my reviews of new Star Trek”