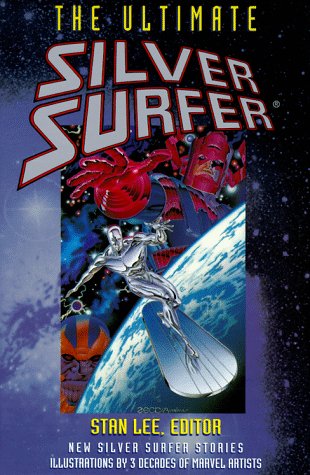 Two writers who I would consider huge influences on me, particularly if you asked me that question in 1990 or so, died while I was on vacation in Italy.

William Goldman was the bigger surprise of the two. He’s also the one that affected me less, but still hit pretty hard. Even if Goldman had done nothing else, he gave us The Princess Bride, both book and movie, each of which is an absolute classic of its form. (And if you haven’t read the book, do so. It’s different, obviously, from the film, and digresses more, and has a nastier ending, and lengthy flashbacks, but it’s still magnificent.)

But Goldman also was one of the finest screenwriters extant, not just for his adaptation of his own novel, but for tons of other films as well. He also wrote some great books about screenwriting. My personal favorite is Which Lie Did I Tell? as it told the story of The Ghost and the Darkness, which is not his best film, but the story of its development is fascinating. It also led me to seek out the real story of the Tsavo lions that Goldman based the movie on, and which served as the basis of the plot of the Star Trek: Starfleet Corps of Engineers novella Invincible that I co-authored with my good buddy David Mack.

Goldman also wrote one of my favorite lines of dialogue in any work of fiction, spoken by Inigo Montoya to Westley shortly before their swordfight the in The Princess Bride: “I work for Vizzini to pay the bills. There’s not a lot of money in revenge.” With that one simple line, Goldman addresses the elephant in the room of far too many fiction plots, to wit, how the heck do people pay for stuff? There are so many fictional characters whom I wonder how they feed and clothe themselves.

Of course, the past master at that was Stan Lee, who also died recently. This was less of a surprise, as he was in his 90s and his wife Joan died last year. Unlike Goldman, whom I only knew as a fan, I actually knew Stan personally and worked with him extensively when I worked for Byron Preiss from 1993-1999. I was the editor in charge of a series of Marvel novels and anthologies, and for the latter, Stan served as the nominal editor, which basically meant he wrote introductions to each one. Since Stan’s name was on it as editor, I could also write for the anthos (other editors in house edited my stories), which means two of my first-ever works of fiction (“An Evening in the Bronx with Venom,” written with John Gregory Betancourt, in The Ultimate Spider-Man and “Improper Procedure” in The Ultimate Silver Surfer) have Stan’s name on the cover.

Stan’s importance and influence can’t be overstated, especially in this era when the most popular movies and TV shows on the planet star superheroes. His desire to show superheroes as real people with real problems is a big reason why the comics he did with Jack Kirby, Steve Ditko, Bill Everett, his brother Larry Lieber, Don Heck, and others in the 1960s became so popular and have endured for so long.

Working with Stan was an absolute delight. His persona was not an act. I’d call him on the phone and he’d sound the same as he did when he was narrating animated series or giving speeches at conventions. My favorite memory of him was at San Diego Comic-Con in 1996 or 1997. Byron invited Stan and Joan to dinner with the staff, including me. Stan spent the entire dinner with Byron’s then-eight-year-old daughter, playing with the action figures she’d bought that day on the show floor.

The amazing thing about Stan was that he was always having fun. He had the best job in the world, and he never lost sight of that.

The best thing about working with Stan is that he still had that great work ethic. When it was time to do an intro for one of the Marvel anthologies, we’d talk over the phone about what he’d write, I’d give him a deadline, and then one of two things would happen: he’d turn it in on time or he’d turn it in early. He was never late with anything.

I also got to help plot a novel Stan cowrote with Stan Timmons, The Alien Factor, a World War II-era science fiction novel that Byron published through his ibooks imprint in 2002 (four years after I wrote a detailed plot based on notes from Stan and Byron for Timmons to base the manuscript on). Never did get a copy of the book — Byron and I weren’t on speaking terms by the time it came out. I should probably try to track it down……..

Both William Goldman and Stan Lee helped me become the writer I am. I’ve written a lot of superhero fiction and a lot of deconstructed fantasy stories, and I don’t think the Super City Cops or the Dragon Precinct series would exist without the influence of these two great writers.