Did the cover Friday, doing the original now: from my personal favorite Beatles album, Abbey Road (which I would also argue is their best), “Come Together.”

The DC Extended Universe continues to shit the bed every time a movie isn’t directed by Patty Jenkins. An unholy mess of a movie stitched together from two directors with diametrically opposed sensibilities, wasting the first time Henry Cavill has actually played Superman. The great superhero movie rewatch is frustrated by 2017’s Justice League.

You would be hard-pressed to find two filmmakers who are less alike than Joss Whedon and Zack Snyder, so asking the former to reshoot and rewrite the latter is a notion fraught with peril, rather akin to asking Terry Pratchett to partially rewrite George R.R. Martin.

And you can so totally see the seams. One minute, it’s a dark, dank, deconstructionist film from someone who finds no joy in superheroes, the next it’s a quip-filled superhero story that takes quite a bit of joy in being about superheroes. Having them both in the same movie makes for an unsettling and peculiar viewing experience, because we get two distinct, incompatible tones.

I’m on the Author Week blog talking about A Furnace Sealed. Check it out!

I was born the same year we landed someone on the moon, the Mets won the World Series, and Woodstock happened—among other things, this means I turned fifty this year. This doesn’t make me feel old at all. Now, if you’ll excuse me, I must go to the window and shake my fist and tell those kids to get off my lawn.

Anyhow, I was raised by a roving pack of wild librarians, who trained me in their vile and depraved ways. A steady diet of Ursula K. Le Guin’sEarthsea trilogy, J.R.R. Tolkien’s The Hobbit, Robert A. Heinlein’s YA fiction, and P.G. Wodehouse’s Jeeves & Wooster stories and novels doomed me to a life of crime. Or, rather, a life of science fiction, fantasy, and silliness. Either a career as a writer or decades of therapy was inevitable…..

Today is “Alien Day,” and in honor of that, Titan Books announced the details on three new Alien books, including revealing the cover of my novel Isolation, which is due out at the end of July. Ain’t it cool-looking?

Check out the full story on Bloody Disgusting.

Today, the great superhero movie rewatch on Tor.com focuses on 2017’s Justice League, which was a bit of a mess, but it had a good soundtrack. I did Sigrid’s nifty cover of “Everybody Knows” from the top of the film last week, and over the credits (and also in the trailers), we got Gary Clark Jr. and Junkie XL’s equally nifty cover of the Beatles classic “Come Together.” 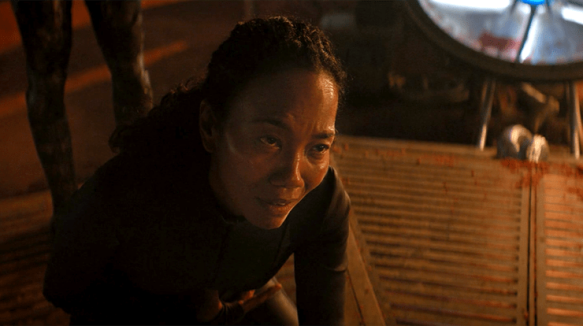 Star Trek: Discovery‘s second season has ended, and while it’s an improvement on the first, it also has many of the same problems. My take on the show’s sophomore outing, including the good, the bad, and the nostalgia, is up now on Tor.com.

Having said that, the only truly missed opportunity was not doing more with Culber’s response to Tyler beyond the abortive mess-hall fight. Just in general, Tyler is one part of the season that sticks out like a sore thumb. His romance with Burnham is lifeless—Shazad Latif and Sonequa Martin-Green have no chemistry whatsoever—and aside from that mess-hall scene, we get no sense of how the rest of the crew feels about Culber’s murderer being assigned to the ship. This is mostly accomplished by keeping him away from the rest of the crew—Tyler’s interactions are all with Pike (who wasn’t on the ship last year), Georgiou (who sees him being a murderer as a feature, not a bug), Leland (ditto), and L’Rell (who was the one who sent him to commit that murder in the first place). And Burnham, but they spend all their time making sodden goo-goo eyes at each other.

So there’s a new Marvel movie out today, as you might have heard……..

Often when this happens, I rank the previous ones, which gets harder and harder. I’m not going to bother with commentary this time, especially since I’ve been rewatching the MCU (and every other live-action movie based on a superhero comic) for Tor.com. I’m just gonna provide the rankings, along with a link to either the rewatch article (for Phase 1 and Phase 2 films) or my review on Patreon (some of the Phase 3 movies).

With the imminent release of Avengers: Endgame, I thought I’d put the review I wrote of last year’s Avengers: Infinity War on 1 May 2018 on my Patreon. For just $1/month, you can read my movie reviews, of which there’s at least one per month.

First of all, as with my review of Star Wars: The Last Jedi, this will be a spoiler-filled review. It’s kind of important for it to be so, as I really want to discuss the most spoilery elements of the film. Secondly, there’s a ton of stuff happening here, and trying to write a focused review on a movie that had so much in it is hard, so I’m just gonna do the bullet-point thing. The first few will not be spoilery, so consider the first few bullet points to be your SPOILER SPACE before the revealing stuff kicks in.

Ultimately, this is not the best Marvel movie. But it is a perfect culmination of ten years of movies, all of which were influenced by the infinity stones to some degree or other. The ARC reactor Stark built his armor around in Iron Man was inspired by his father’s exposure to the Tesseract. The Tesseract itself was critical to Captain America: The First Avenger and Avengers, both Quicksilver and the Scarlet Witch’s powers and Vision’s very being were rooted in the stones in Avengers: Age of Ultron, other stones were critical to Thor: The Dark World and Guardians of the Galaxy, the time stone is crucial to Dr. Strange, and so on. This is a grand spectacle, a brilliant coming together of disparate-but-related plot threads, and also a fun romp.

Best of all, we’ve got a bunch of nifty characters whose adventures we’ve had fun following coming together. It’s not meant to stand on its own, but it does have a beginning, a middle, and an end. The fact that the end is the good guys losing and the bad guy winning (even getting to watch the sun rise like he wanted when it was over) doesn’t make it not an ending.

There is obviously a next part, though, because you know the heroes that are left aren’t done fighting by a damn sight.

I heard the 1977 goofy punk song, “Ça Plane Pour Moi” recently over the closing credits of an episode of Imposters, which Wrenn and I have been watching on Netflix. (Look for a review on Patreon in May some time.) I hadn’t heard it probably since it was a hit four decades ago, but now it’s totally stuck in my head. So now I share it with you, so there, nyah, nyah. 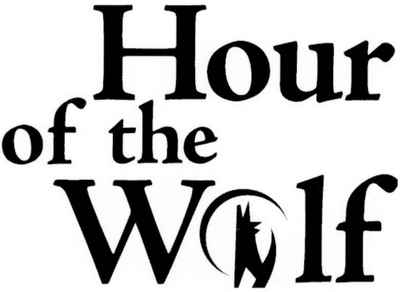 I will be on Hour of the Wolf late tonight from 1-3am (either the night of Wednesday the 24th or the morning of Thursday the 25th, depending on how you look at it), hosted by the mighty Jim Freund, on WBAI 99.5 FM in New York City, and streaming live on BAI’s web site, and possibly also on Facebook live.

I will be joined by Mimi Mondal for a lively chat about all kinds of nifty things. So listen in tonight at 1am!