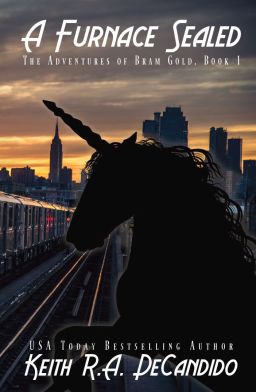 The wonderful JL Gribble has written a lovely review of my 2019 novel A Furnace Sealed. Check it out!

The reason I reject a lot of urban fantasy tropes in my own writing is because they annoy me. In this book, DeCandido does the opposite, by embracing those tropes and twisting them just enough, writing with enough familiarity of both the world he’s created and the audience he’s invited in, to create an appealing story with memorable characters. So much of traditional urban fantasy also defaults to Judeo-Christian mythology that I was extra pleased when this book used the setting of New York City to employ local mythology in the greater plot rather than importing Euro-centric bad guys. In an urban fantasy setting, New York City should definitely be a melting pot for more than just it’s human inhabitants. (Extra bonus points for secondary character representation of race, sexual orientation, and mobility issues.)